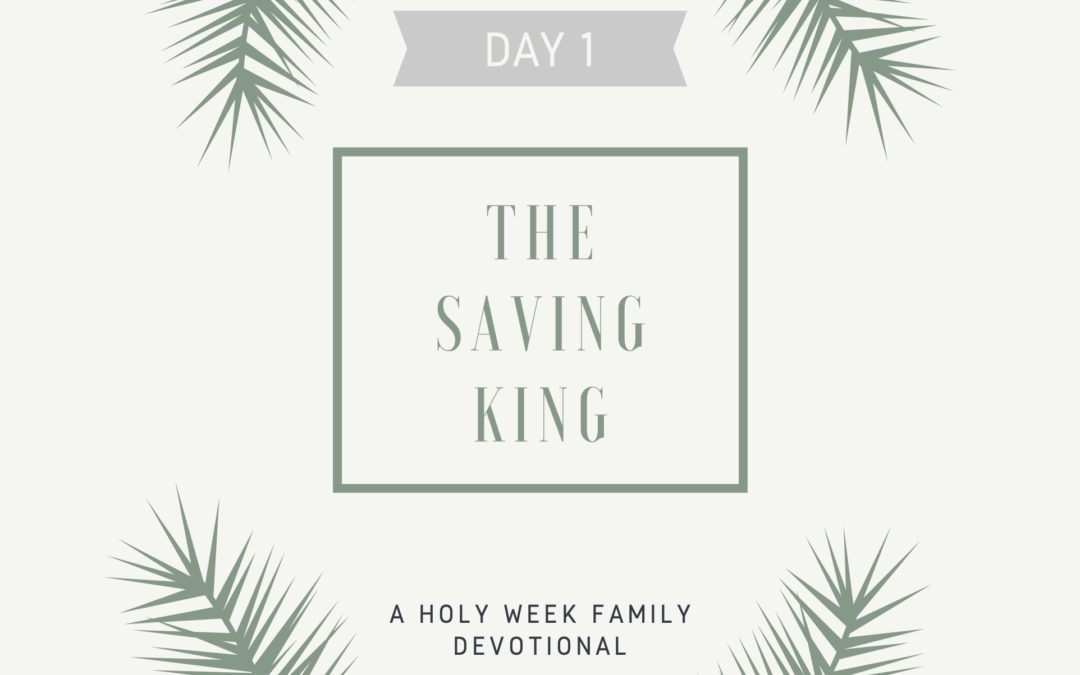 “Have this mind among yourselves, which is yours in Christ Jesus” – Philippians 2:5

[Optional… Before you begin the devotional, pass out Life Saver Mints to each person]

Read this out loud…

OPTIONAL ACTIVITY: Make fans out of pieces of paper (to symbolize palm branches) and reenact the triumphal entry in your living room (take turns having someone play the part of Jesus).  You can even lay coats down on the floor too!

OPTIONAL ACTIVITY:  To get an overview of much of what will be covered this week, go to YouTube and watch The Truth Project’s overview of Luke chapters 10-24 (https://youtu.be/26z_KhwNdD8)

For TEENS and OLDER KIDS: Read the events surrounding the Triumphal Entry in Matthew 21:1-16, and then discuss together the various ways Jesus was claiming His kingship through His actions (answers are explained below)

Jesus claimed His kingship by…