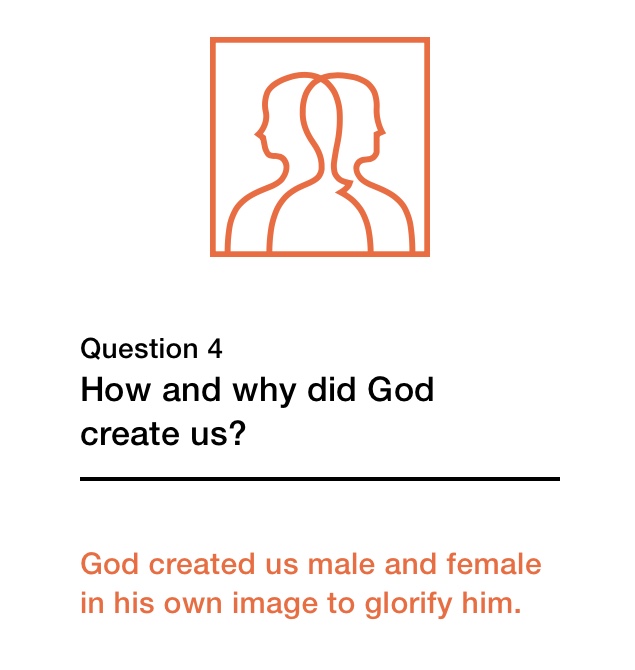 “So God created man in his own image, in the image of God he created him; male and female he created them.” (Genesis 1:27)

Question 4: How and why did God create us?

Answer: God created us male and female in his own image to glorify him.

Related to this week’s question, our kids today are bombarded with wrong ideas on two fronts… First, evolutionary theory attempts to discredit the existence of God and the fact that the world was created by Him and for His glory.  Second, they are increasingly told that there really is no difference between male and female (in fact, contrary to being designed, gender is fluid and up each person).

In essence, to glorify God is to acknowledge Him as the loving, all-powerful, and perfect Creator, and then to live lives of praise to Him, show the watching world what He is like.  God created out of love, and to be His image bearers in the world we should be loving too.