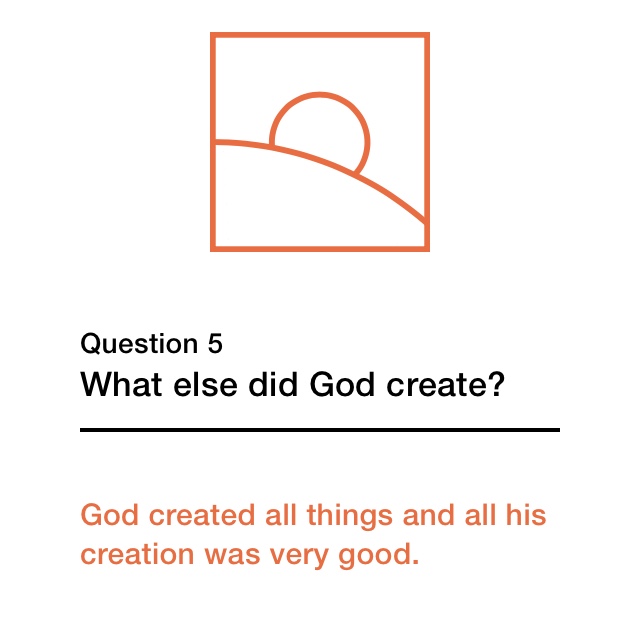 “And God saw everything that he had made, and behold, it was very good.” – Genesis 1:31

Question 5:  What else did God create?

Answer:  God created all things, and all his creation was very good.

Big Idea: God created everything—through the Son, in the power of the Spirit, and for His glory.

The aim of this week’s question is to help our kids have confidence in God as Creator and to understand His purposes in creation.  We mentioned last week that they will certainly encounter the idea that the world came into existence by chance and that there is no intelligent design behind everything. Question 5 helps them think more deeply about the doctrine of creation out of nothing and that the world came into being through purposeful creation.

Some fun starter questions about God’s amazing creation could be…